Get me outta here!

22 months on the dot

It’s been a rough month for the world, kiddo. I read a tweet recently that went something along the lines of, “Let’s unplug 2016, wait 10 seconds and plug it back in.” It’s worth a shot …

We’ve lost some brilliant minds this year. But worse, we’ve lost a lot of average people. For no reason. Senselessly. Absurdly. Terrifyingly. Since my last post, just about 50 people were killed during our country’s worst mass shooting in history.

Yesterday, the United Kingdom voted to leave the European Union in a jaw-dropping decision that you’ll probably read about in your history textbooks as “Brexit,” leading many voters to wish they’d acted differently in a response now dubbed “regrexit.”

The two incidents are completely unrelated until you look under the surface, and then you realize that they were most likely driven by similar rotten motivations related to intolerance. And now we’ve got a presidential election looming that is being underpinned by the same nasty motives.

And Daddy and I are depressed and frustrated, and we’re thinking about moving to Malta if Trump is elected. (It’s got a 99.5 percent literacy rate! It’s a gorgeous Mediterranean island! They speak English and Italian!) I spent some time feeling sad and a little guilty about bringing you into this world that’s seeming pretty dismal lately. I wondered if I was selfish, wanting you so badly because, well, I wanted you rather than thinking about what I might be subjecting you to. But then I realized that’s shortsighted because you–and your generation–can shape the world if we teach you well.

So we’ve started talking about values. I’m sure it’s all going right over that nascently curly little head of yours, but if we talk about it enough–and model the right behaviors–I know you’ll catch on. We’ve been talking about tolerance. But not just tolerance, no, that’s not right. It’s not tolerance; it’s respect for all humans and embracing others. It’s living and letting live and acting on what you believe is right. It’s sticking up for people even when no one else will because you know that it’s what you’d want if you were in that situation. It’s love.

You were born with a completely open heart, and it’s our job to make sure it never builds up walls and that it never believes that some people are more deserving than others. Daddy and I have a sticker that we got in Key West. “We are all created equal members of one human family,” it says. That’s what we’re working hard to make sure you grow up to believe.

In the meantime, we’ve been dealing with some “terrible twos” behavior, although I’m not sure that it’s so much “terrible twos” as it is just normal human development. (I am fascinated by this, and I don’t understand why it happens if you’re not seeing the behavior modeled.) For a while there, you were hitting, biting and pushing people. Daddy and I were  your favorite victims, although you’ve lashed out a few times at Nonna, and I’ve even seen you hit other kids–especially E, a little girl about six months younger than you–at daycare.

We put the kibosh on this immediately through a variety of strategies, and (somewhat surprisingly) you seem to be moving beyond those behaviors. But what’s strange is that instead of acting on these behaviors, you now express your anger/frustration/irritation by saying what I think you’d like to do. You’ll get mad and say “push!” and throw a hand up, palm out, like you’re pushing someone away. Or you’ll say “hit!” or “bite!” but you won’t actually go through with the behavior. So we’ve been responding calmly, since you’re not acting violently, and saying “No, Ethan, you don’t hit/bite/push. Why are you saying that? What’s bothering you?” Usually, it’s fleeting, and you’ll already have moved on to something else, but sometimes you’re able to express to us what the source of your negative feelings is, and I’m encouraged that we’re getting through.

You’ve got a pretty great group of role models, bud, and I hope you learn from them. Daddy and me, Nonna and Opa, Mimi and Beebee, Gina–we’re all working hard to make sure you grow up to lead a life motivated by love. And you are (generally) so sweet, so big hearted and loving. Just this morning, I caught you (via the video monitor) hugging your stuffed friends, one after the other, and my heart just about burst into a million pieces. A little bit later, I thanked you for helping me do something, and you said, “Eefan is kind.” Kind! Where in the world did you get that word? But without missing a beat (and because I jump on any opportunity to reinforce positive behavior), I said, “You are kind.” And I hope the world is kind to you in return.

In the meantime, lest this be a total downer of a post, here are some photos from the awesome, amazing week we spent at the beach (our beloved Chincoteague, Virginia) with Nonna and Opa. You were SO in your element, running on the beach, digging with your shovels, transporting water in your pails for no other reason than to transport water, jumping in the waves with Daddy and me, stomping on the sand castles Opa so patiently continued to build for you, chasing seagulls and ducks, collecting shells with Nonna, taking a ride in a bike trailer around the Wildlife Loop, racing around the top of the Assateague lighthouse, eating seafood like it’s going out of style and totally, completely, face-first indulging in the best homemade ice cream there is. You took a whole week away from home totally in stride, and we can’t wait for next year.

May this next trip around the sun engender kindness in everyone … 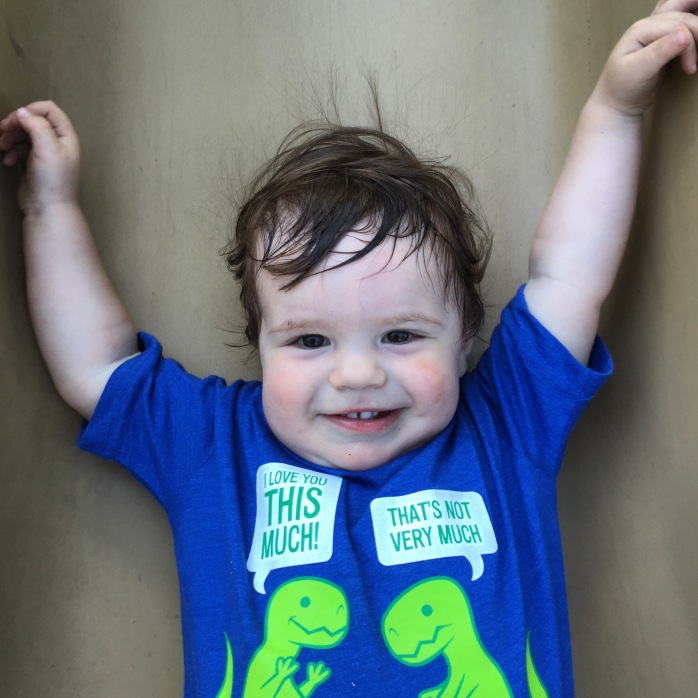 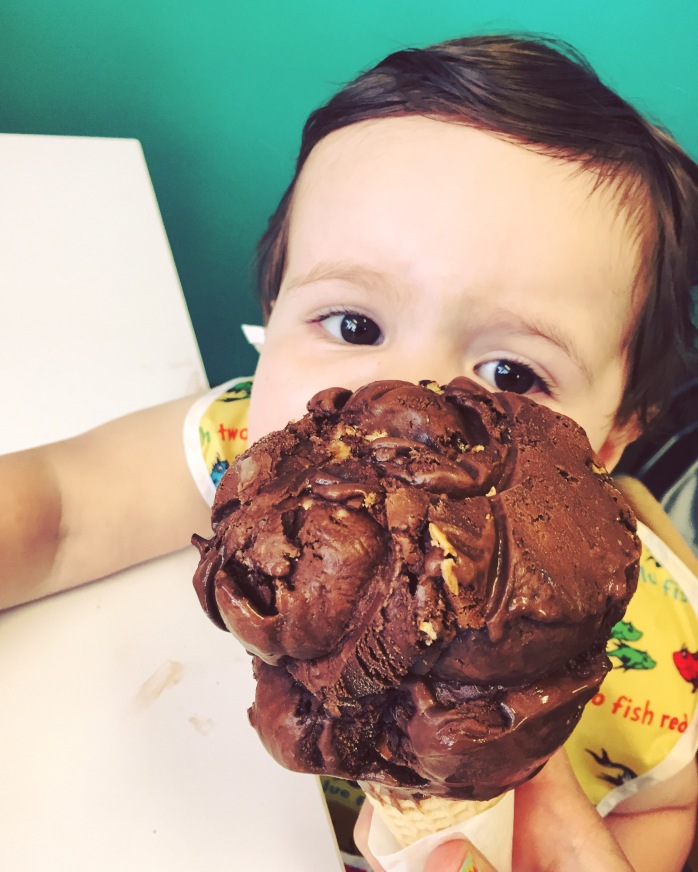 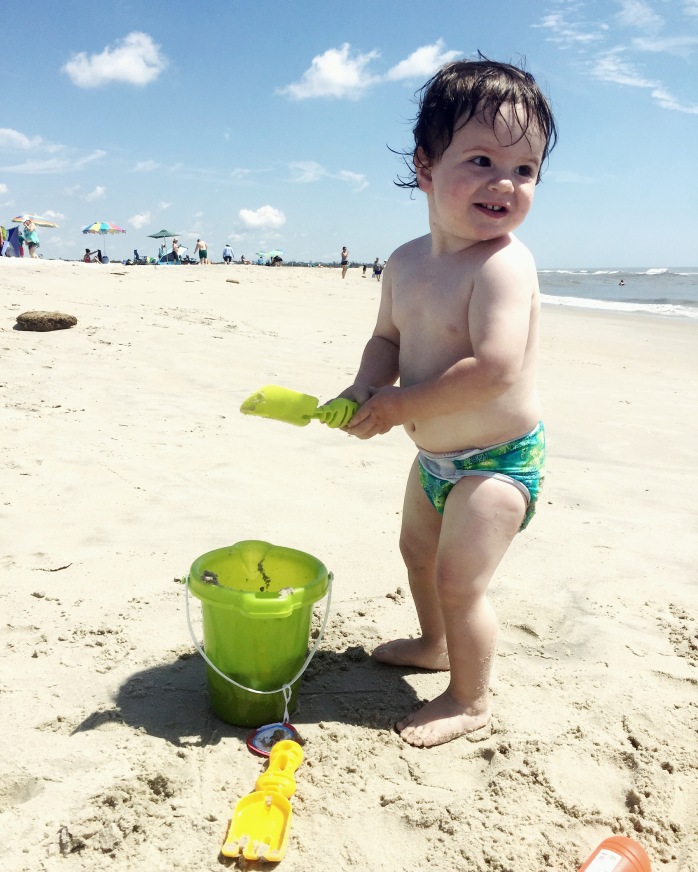 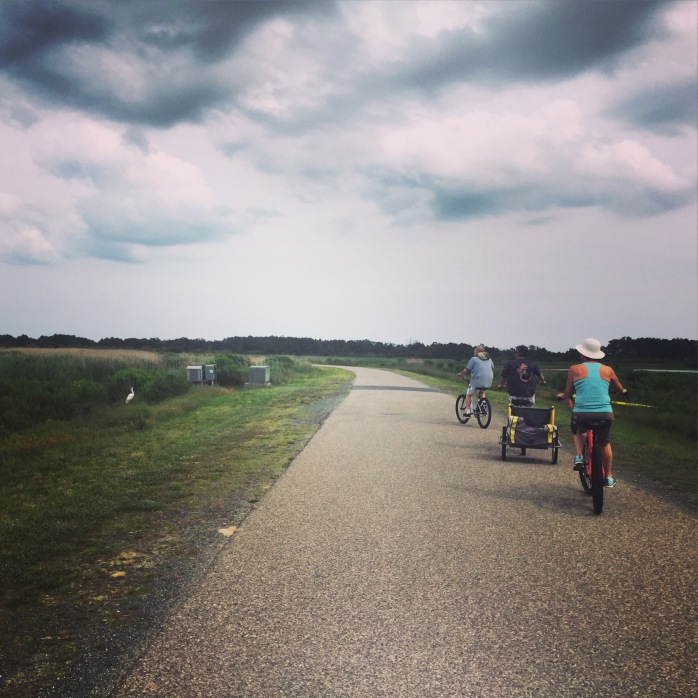 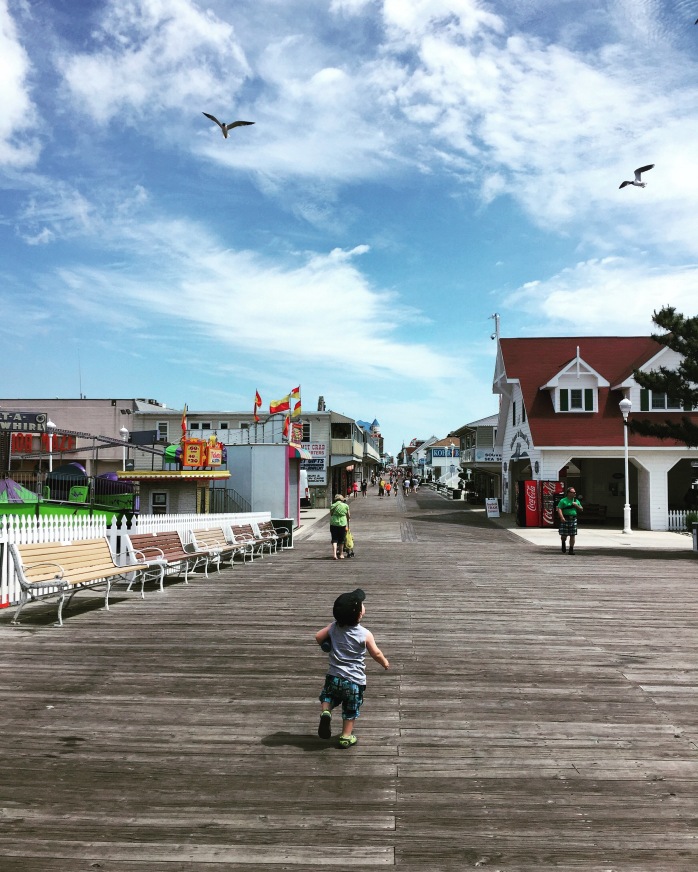 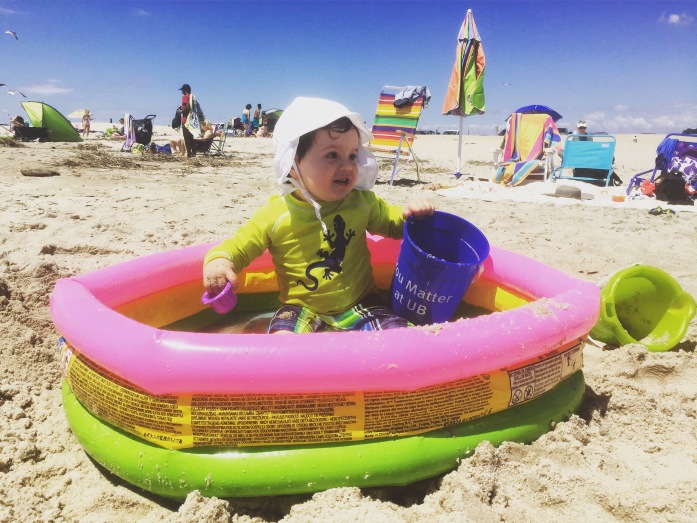 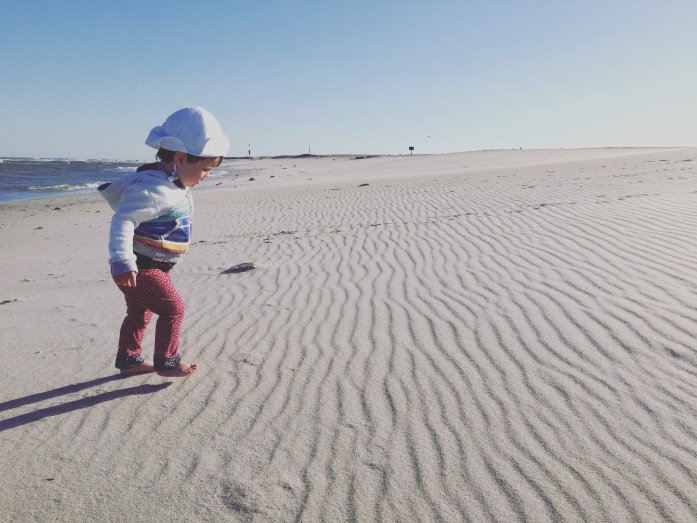 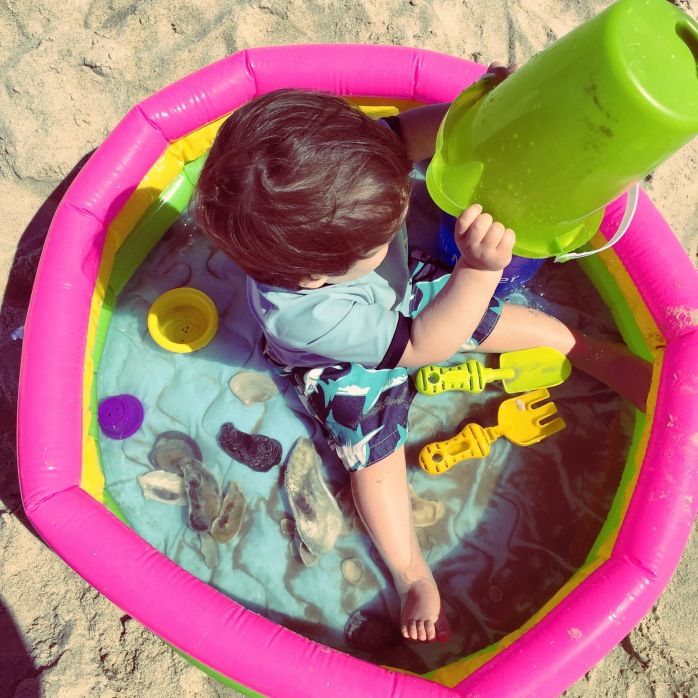 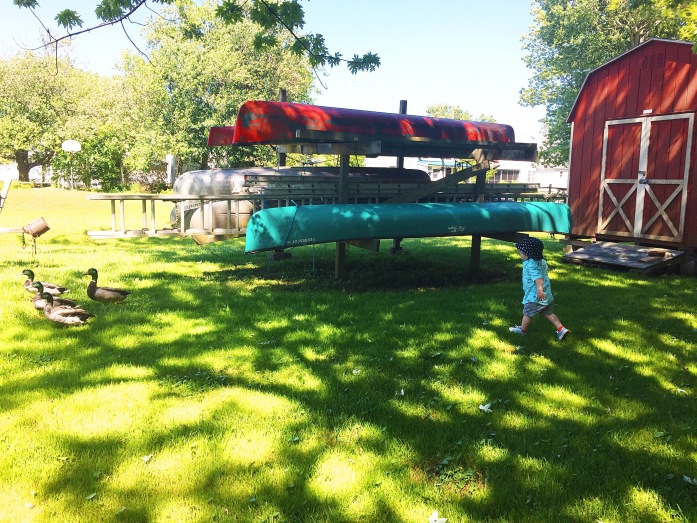 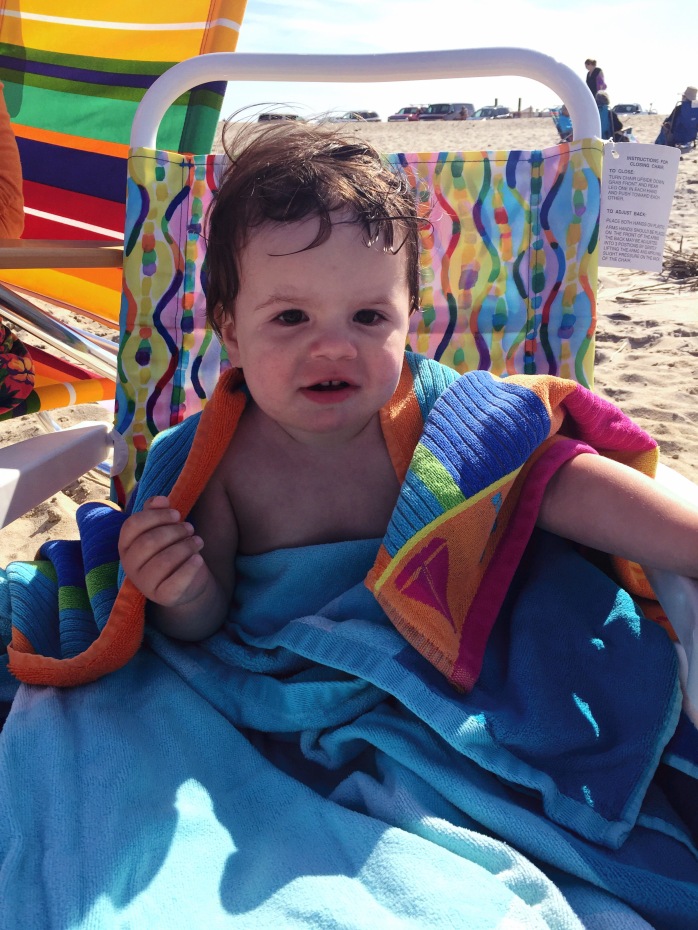 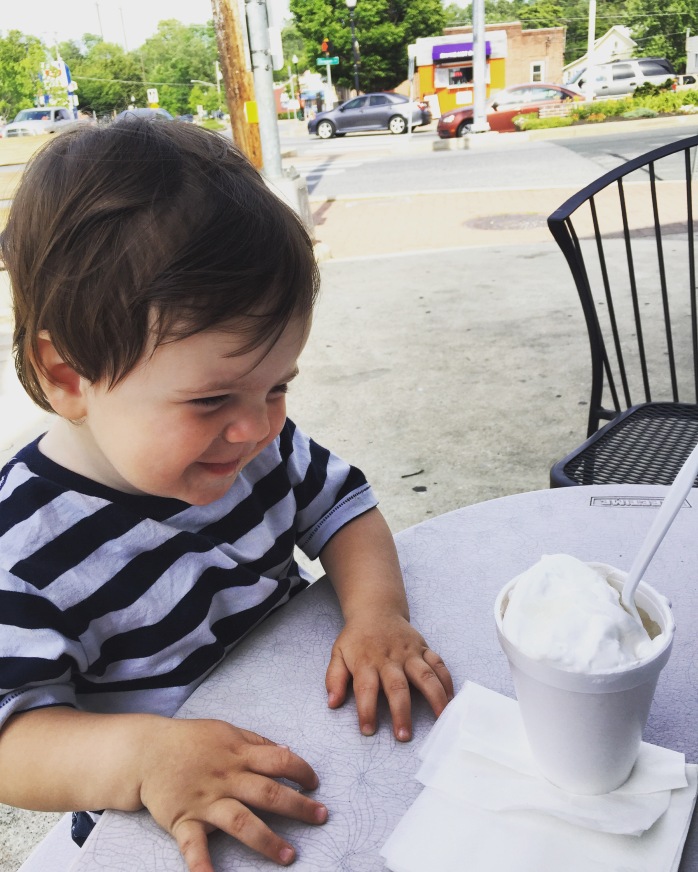 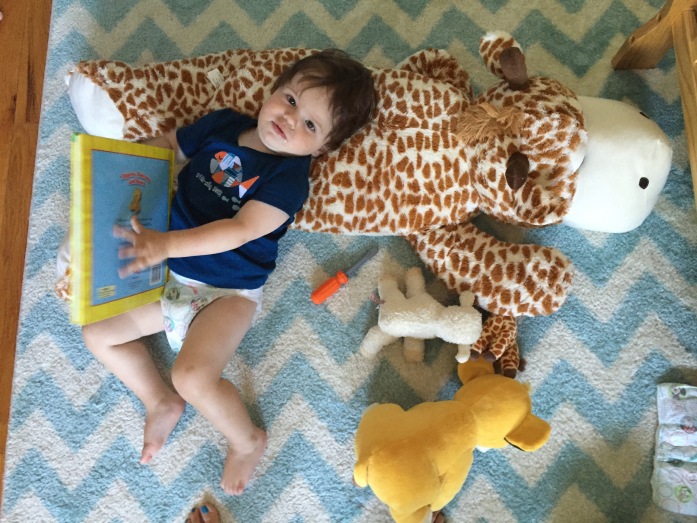 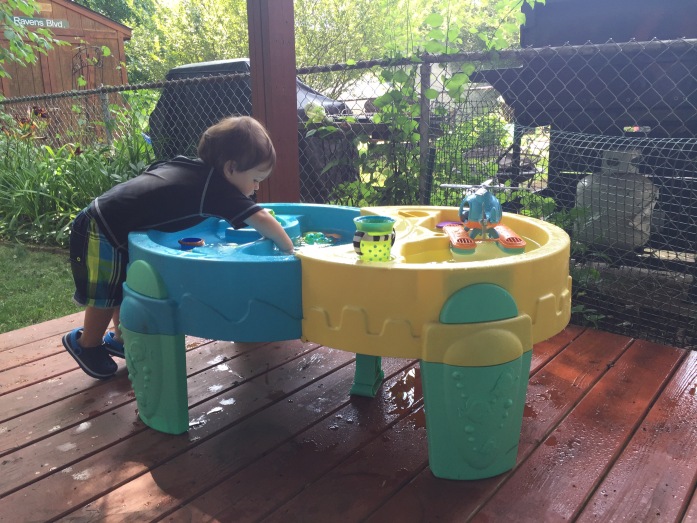 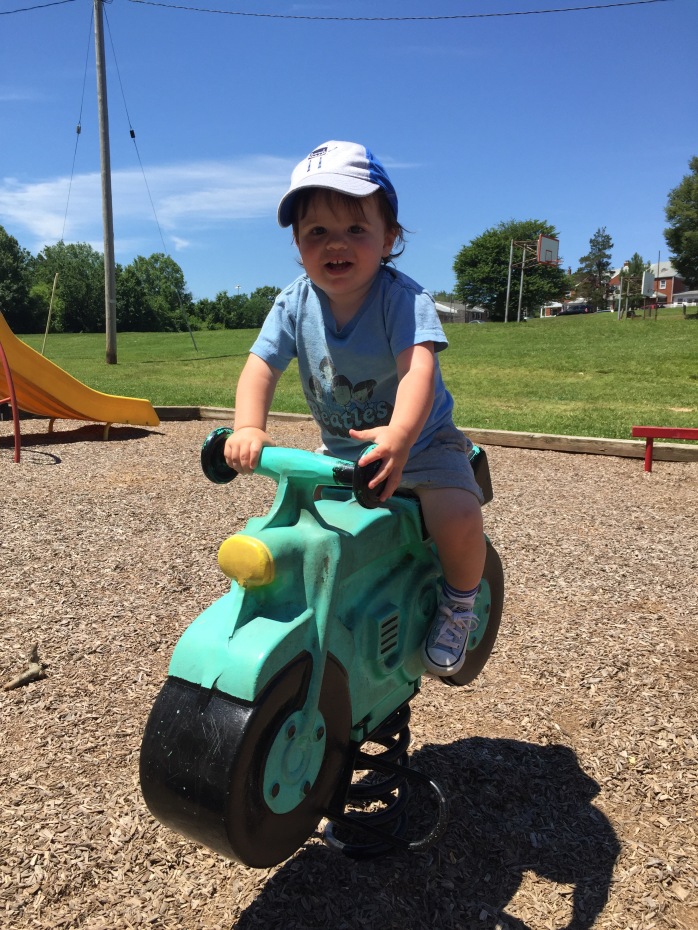 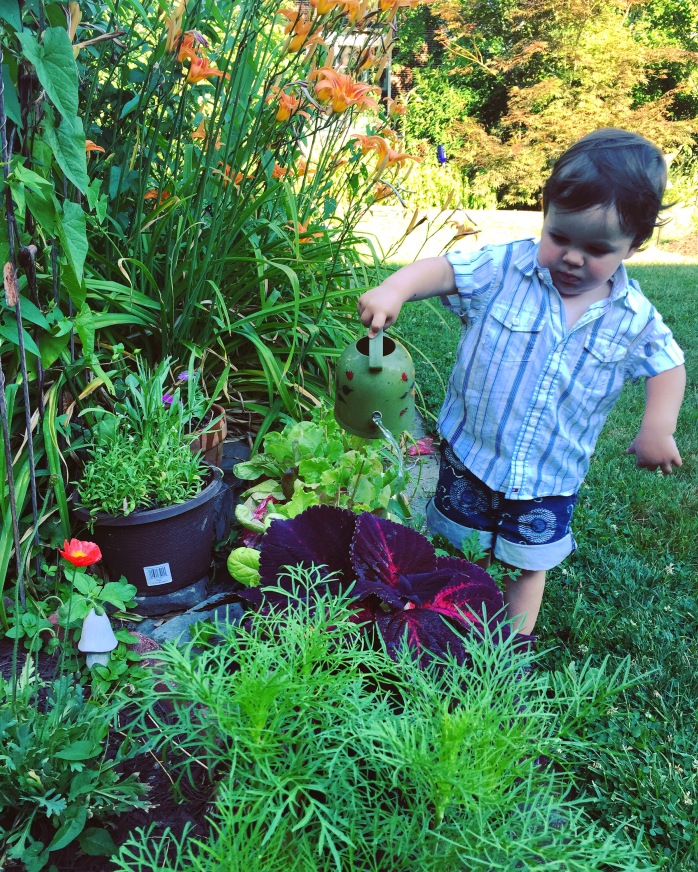 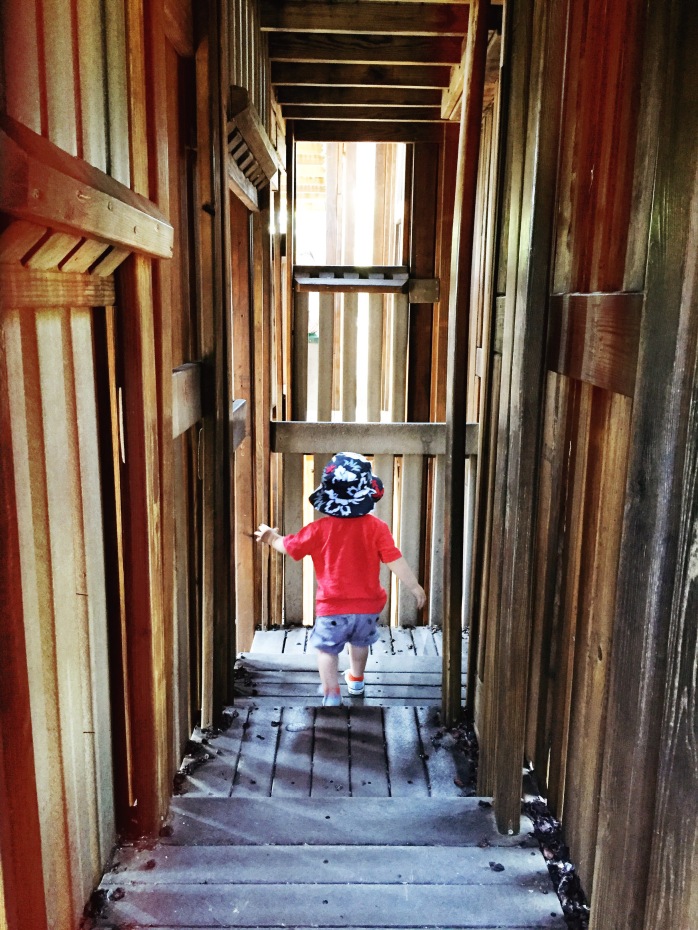 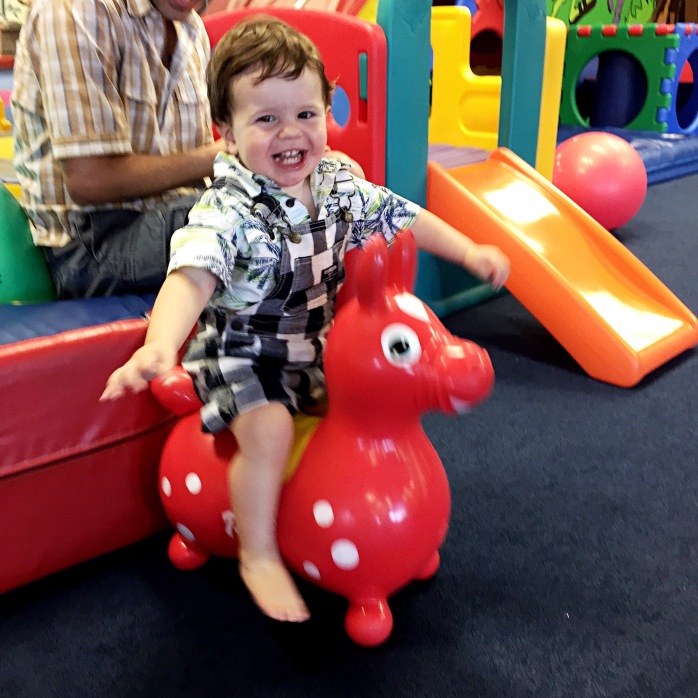 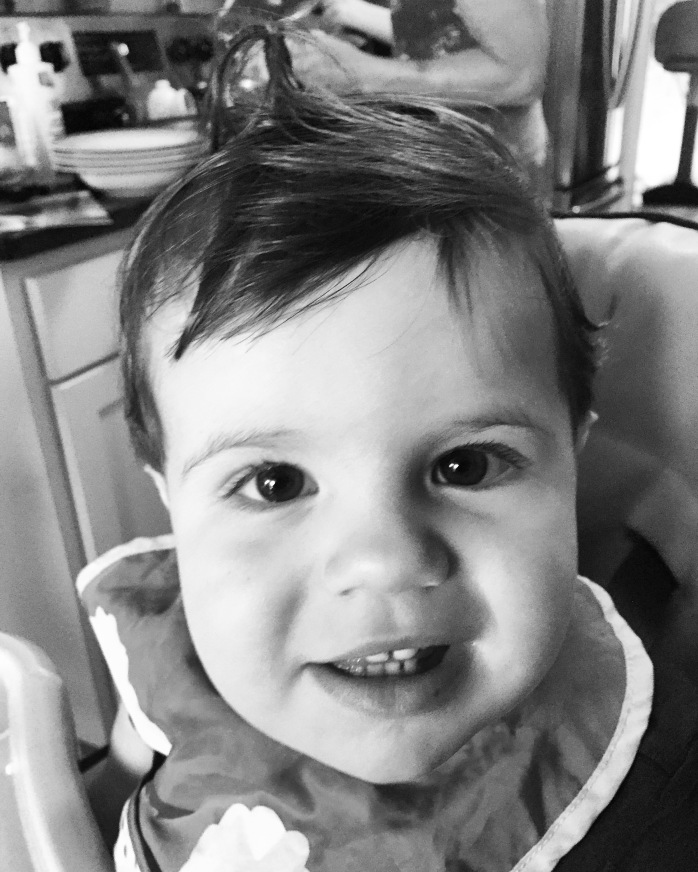